Home > Equality > Does Feminism Matter During a Pandemic?

The world is falling apart. Does feminism still matter?
Equality

Does feminism matter during this crazy time?  Everything must take a back seat to this crisis right?

I haven’t posted in 16 days. This whole pandemic, stay at home, worry about the world and my loved ones has really taken the breath out of me.

About the people I love, and the people I don’t even know. This is some bad shit going on ladies and gentlemen. And frankly, as pessimistic as I am about the upcoming few months I don’t even think we can begin to fathom how horrible it’s going to get. Mass deaths will continue, and grow, and apex. We are going to feel massive pain as a people, and my soul is sad and exhausted.

When it comes to my blog, I thought well holy crap, here I am trying to get a foothold in the Feminist conversation and wham! we have a pandemic. To talk about anything but the pandemic, during the pandemic seemed wrong.

But then, the fog lifted.

Does Feminism Matter Right Now?  YES! and Even More So Because….

In the interest of fairness, let us kick off these thoughts with the undisputed fact that men have a higher death rate due to the Coronavirus than women and that ain’t nothing. That’s horrible. Sorry men. I love you. That is a genetic thing or a lifestyle thing, but that one is out of our control.

Let’s look at everything else except death. (NOT BELITTLING DEATH!!!)

Women are the caregivers. I know, I know,  things are better than they used to be in the 1950’s but let’s be real. Women do more of the house work, the kid work, the emotional work, and the invisible work in most households. The statistics are clear and women do 76.2% of unpaid domestic work.

Many Americans are going to get sick and never go to a hospital. Who will take care of them? In the majority of cases, a woman.

Caregiving is a feminist issue.

Our nurses stand on the front lines of this crisis. We are sending them into war without basic protective equipment. These are some brave humans. 86% of them in the Americas are women and they are paid 11% less than men doing the same job. Many women also have to worry about child care since schools and day care centers are closed. That is a feminist issue.

In March we switched our entire education system to online learning. We’ve asked our notoriously underpaid teachers to teach from home while in many cases, their own children are in the next room being entertained by another teacher from home.  There’s never enough computers in the house and days are incredibly hectic and long. 77% of our teachers are women. That number goes up to 90% for elementary grades, arguably the toughest age to teach online. Taking our teachers for granted is a feminist issue.

Newsflash: It doesn’t go down during a stressful crisis when everyone has to stay at home and worry about money. In fact, domestic violence goes up in times of stress. It’s worse now for victims because they are trapped 24/7 with their assaulters and cannot flee to friends and family for help.

Imagine the horror of being in isolation with a person who abuses you? France and Spain have recognized this. They are making hotel rooms available for victims and pharmacies now have a “code” that means send help. Go to a pharmacist in these countries and ask for a Mask 19, and they will send the police to your home. Pop up counseling centers have been opened up at grocery stores. Searches for Domestic Violence help in Australia have gone up 75% since the pandemic began.

In America, the CDC reports that 25% of all women are assaulted by their partners at some point during adulthood. Domestic Violence is a feminist issue that matters during the pandemic.

If you already make less, you have less now. The wage gap is a feminist issue that still matters.

6 states in America are attempting to halt all abortions in their states during this crisis. They are using this pandemic to assert that a woman’s right to an abortion is a non-essential medical procedure. Come on. That’s cruel and mean. Timing is everything when it comes to reproductive choice. Texas, Ohio, Indiana, Kentucky, Mississippi and Oklahoma are the culprits so far. Call your state government and demand they support a woman’s right to an abortion during these critical times. Does feminism matter? Absolutely.

We were SOOOO close to getting some traction on the Equal Rights Amendment. It was just January when our 38th state ratified it. If we could just ditch that pesky deadline women’s equality would finally be codified in our nation’s cornerstone document. But now, no one is talking about it anymore. Keep that drumbeat going, even during a pandemic. We have waited too long already for constitutional equality. We must continue to fight for those of us who will live. The Equal Rights Amendment is a feminist issue that still matters.

If you have no idea what that last paragraph means you can read more here or listen to a fantastic podcast called Ordinary Equality that tells you the whole story of the Equal Rights Amendment in America. Story told by Kate Kelly who is also fantastic follow on Twitter. @Kate_Kelly_Esq.  I also highly recommend the documentary Equal Means Equal. Hulu will also be coming out with a series that tells the story in mid April complete with a star studded cast.  It is called Mrs. America and wait until you hear about Phyllis Schlafly.Watch, read, and listen to it all!

There’s pretty much universal agreement that the President of the United States is a misogynist pig.  Getting him out of the White House is critical for those of us who fight for women’s equality. This pandemic is simply showcasing his inability to run an effective government.

He described the Governor of Michigan as Gretchen “Half” Whitmer and said if she couldn’t be nice, he wouldn’t return her calls.

Wonder why he was so tough on General Motors who was already trying to help him? Did you know the CEO of General Motors is a woman? Makes a little more sense now huh?

He belittled Yamiche Alcindor, a PBS NewsHour correspondent during a news conference.

Trump consistently attacks women of power who have the nerve to call him out on his bullshit.  I love those women.

What the CoronaVirus will do to our elections in the fall is still unknown, but we cannot stop the fight to get Trump and his gaggle of idiots out of office…..pandemic or not. Politics remains a feminist issue.

So does feminism matter during a pandemic?

You’re damn right it does. Gender inequalities are baked into our system so hard, they only expand in a time of crisis such as this.

Let the fight fire you up and breathe energy into your weary soul. We need to fight for ourselves, our families, our sisterhood, and our world. Things can and should be better. We and our allies are what will make it so.

Stay safe and home and fired up.  Fight for all the things you believe in and those you love.

Here’s some lockdown tips if you haven’t read enough of them already.

The Week in Feminism - CoronaVirus Edition. 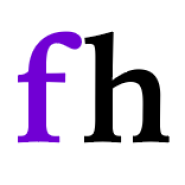 How to Have Feminist Sex